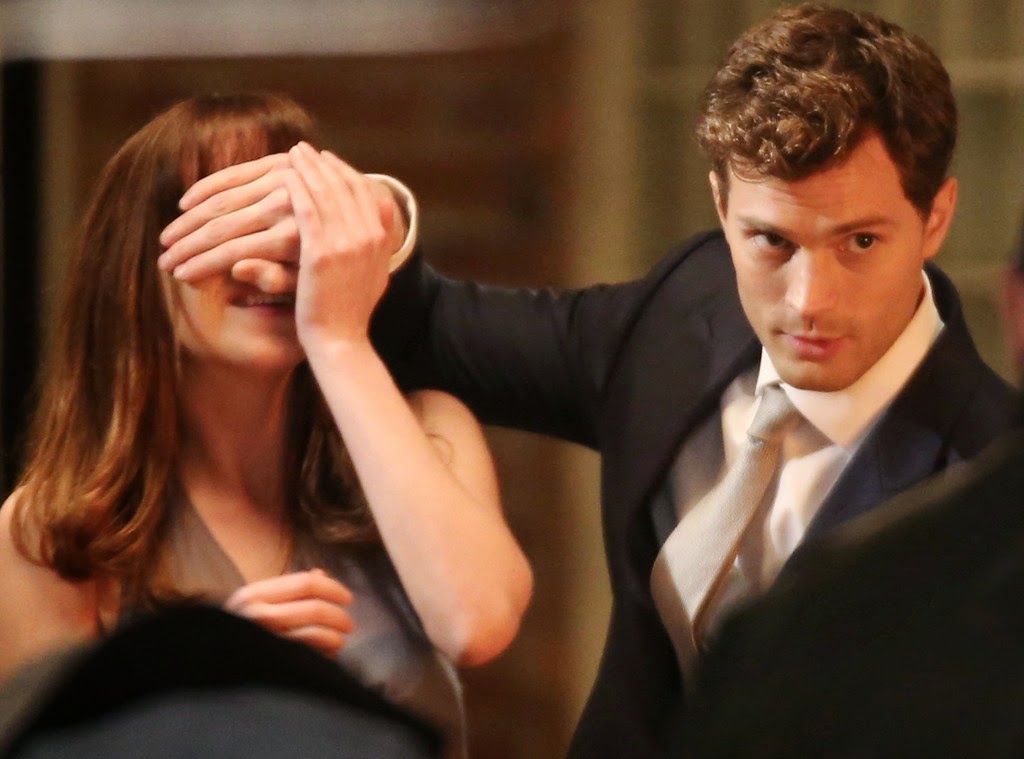 Ginger: I did NOT read any of the Fifty Shades books and Spank read them all, so I figure the both of us were the perfect people to co-review this film, since we represent EVERY PERSON on planet earth… those that read the books, and those that didn’t.
Before we start on the review of Fifty Shades of Dakota’s Nipples, I have to say I did not originally realize the actress who plays Anastasia (the lead in the movie) is the daughter of Melanie Griffith and Don Johnson. Long ago I read an interview where Melanie Griffith revealed that Don Johnson was her “first” when she was 14 and he was in his early 20’s. How’s that for creepy trivia that has nothing at all to do with the film? They did go on to marry and divorce each other twice and at one point had Dakota, the actress in this film, so perhaps that’s all water under the bridge now. 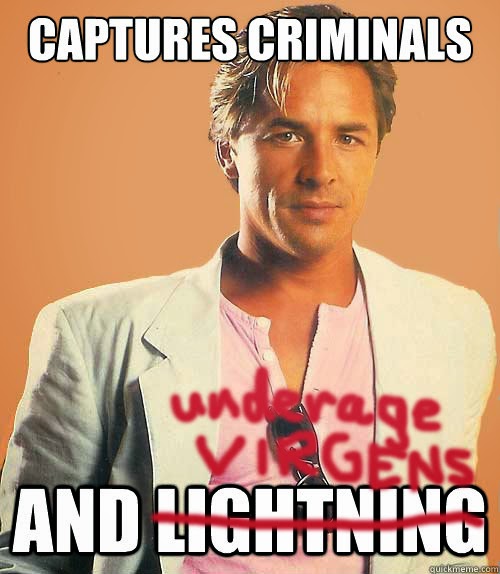 Spank: Before we start on the review of Fifty Shades of Dakota’s Nipples, I have to say I did not realize that the full bush was back in style.
Ginger: She was trimmed, was she not? It was definitely a bush, but I’m not sure it was a free range bush.  Confession: I’m not an expert in women’s bushes. 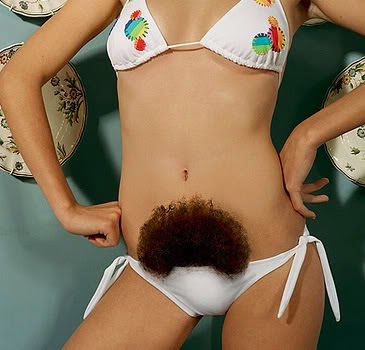 Spank:  I don’t remember if she was “trimmed” but she had bush, and didn’t shave her legs because I saw fuzz…
Ginger: I think everyone noticed her unshaved leg hair. 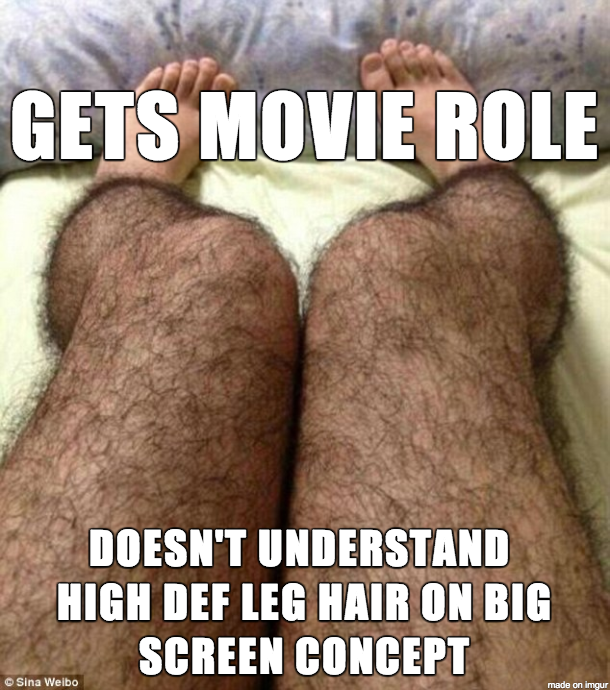 Should I explain to our readers why I’ve renamed this movie (Fifty Shades of Grey), Fifty Shades of Dakota’s Nipples?
Spank: Yes… According to Mr. S it’s because Dakota’s Nipples are the only good thing about this movie. …and I would add women’s liberation from Brazilian wax torture.
Ginger: HA! I renamed it because there were 64 nipple shots in this movie. SIXTY-FOUR NIPPLE SHOTS!!!!  Our friend Cyndi had to see it again and agreed to count for us.
Spank: Was she counting each nipple or the pair counts as one?
…either way, what this essentially tells us is that the movie was so boring that rather than count sheep, she counted Dakota’s nipples.
Ginger: I asked Cyndi the same question! She counted only the shots. We can’t just double it since some shots only showed one nipple. Even if the shot zeroed in on something else, they made sure to show at least one of her nipples, even if it was in the corner of the scene.
Wait, was there a story beyond showing Dakota’s nipples in this movie??
Spank: I propose this for anyone who hasn’t seen this film yet: DON’T WATCH IT.  However, should you find yourself hard-pressed to do so, may we here at The Spank and Ginger Show suggest that you use Dakota’s Nipples as a drinking game?  You’re guaranteed to get drunk and forget you wasted your time and money. 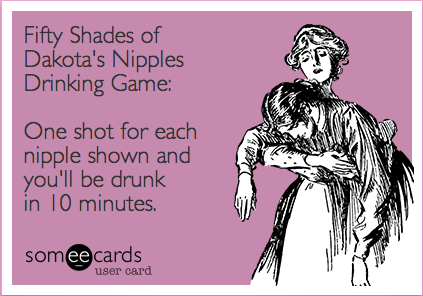 Ginger: OMG you’re a genius, Spank. Should I be forced to watch this movie again, I will do the Dakota’s Nipples Drinking Game for sure.
Spank: Well, regrettably we should discuss the film now:
For those who are unaware, Fifty Shades of Grey originated as a Twilight “fan-fic” written by E.L. James, a woman who fancies herself an author (she’s not). Essentially, she took Edward Cullen (notably a possessive, obsessive, control freak vampire fixated on an awkward virgin who trips a lot), substituted BDSM (dominant/submissive relationship) for vampirism and renamed the character Christian Grey, making him a possessive, obsessive, control freak non-sparkly male fixated on an awkward virgin who trips a lot.
So it was no surprise I had a terrible sense of Déjà vu during the film. Emphasis on terrible. 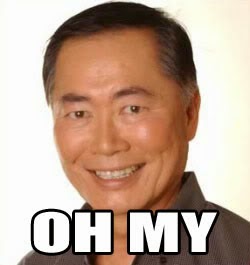 Ginger: Seriously, I thought the first 15 minutes of the movie WAS Twilight. There are too many similarities to mention, but when she was walking from her college classes in the rain, to the parking lot, I was sure she was headed toward an old beat-up red truck, where a van would then careen out of control toward her and a sparkly vamp named Edwillard (remember we have to change the names since they are copying Twilight but don’t want to get sued) jumps in front of her and stops the van, saving her life.  Instead, she heads toward a beat-up old VW Bug.
Spank: Exactly my point. There were so many moments (dialogue and visual) that were an absolute ripoff of Twilight.  And Twilight was bad enough — we didn’t need worse.
Ginger: When I later told Mr. G (who worked on the Twilight movie) that Twilight was a better movie than Fifty Shades, I should’ve made sure he was not in the middle of drinking, because he spewed out his wine in response. Wine is not fun to clean up, FYI.
I know the story is a rip off of Twilight, but you’d think they’d fix it in the movie version so it didn’t FEEL so much like Twilight. It’s like Twilight…. with nipples! Lots and lots of nipples.
Spank: 64 shots of nipples, to be precise. 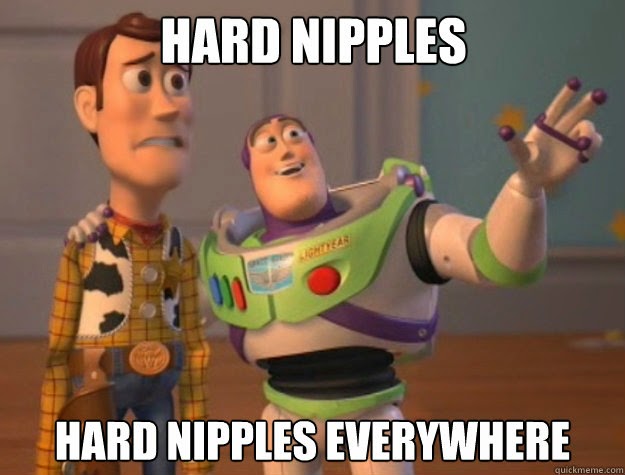 Ginger: Don’t even get me started on how many times Dakota bit her bottom lip. I should’ve asked Cyndi to give us a lip biting count as well, but between that and the nipple count, it may have been too overwhelming for her.
Spank: At least it wasn’t the incessant eye blinking bitch-face Bella action we had to endure, so that’s a plus. But that’s as far as I will go toward issuing props. The book was terrible and if they had a shot at making a marginally good film they should have taken the bones and built a new body of work. Instead we were subjected to a gross misinterpretation of a BDSM relationship chock full of bad dialogue, choppy sequences, unhealthy fixation and flat-out manipulation and coercion. At one point, Christian informs Anastasia that if she doesn’t do as he asks he will punish her. In response, Mr. S exclaimed in the theater, “I feel I’m being punished just watching this movie.” To that end,  good point, well made, Mr. Grey.
Ginger: I’m kind of selfishly glad it was a poor representation of BDSM, otherwise I would’ve had to break out my “NO” button, which I DID take to the movie but didn’t have to use. Other than tying her up, I’d say all the sex was pretty vanilla… yet it all seemed very clinical and not arousing at all.
Spank: I have never wished for “fade to black” more in my life. The actors had less chemistry than an English Lit. class.
Ginger: *gigglesnort* No joke! Can we talk about her “first” time? Like when Christian Grey finds out she’s a virgin and immediately drags Ana into a room so he can remedy it as soon as possible?  *sigh* That’s just what every girl wants for her first time. Soooo romantic.

Spank: When it comes to romance, if Christian Grey aimed to please he completely missed the mark.

Ginger: There was no pleasing to be had. No preparation for her first time, he just did it to her immediately. And during the sex Ana is incapable of anything more than a quiet “ahhhh”. Or maybe that’s due to Christian Grey missing the mark over and over. 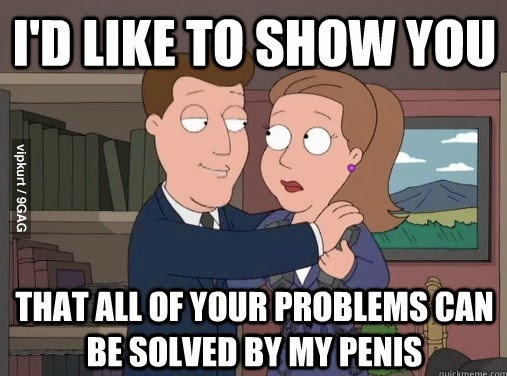 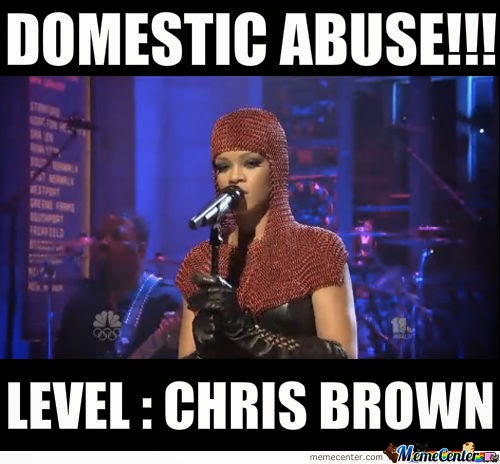 Ginger: Agreed. That flogging scene at the end had nothing to do with sex. That was just plain abuse for abuse’s sake. Awkward! And then Ana decides that’s not okay, tells him so, breaks up with him and leaves… end of movie. *roll credits*
Spank: It was as anticlimactic as all sex scenes combined. With that, I’m giving it no thumbs. Not even one. Not even a one dirty thumb ripe with e-coli from no-no hole action.  Additionally, Mr. S, who endured vast pain and suffering has offered his own rating system, The Penis Rise Gauge (trademark pending), and the results are in: “limp and flaccid.”
Ginger: Thank GOD there were no dirty thumbs and there was no appearance of the no-no hole!  Spank, can you think of anything, anything at all that made it a movie worth seeing?
Spank: Some of the previews for other movies were pretty entertaining.
Ginger: I was too busy talking to one of the authors in front of me (Hi H.J. Bellus!), taking group pics with my phone, and tweeting to notice the previews. *hangs head in shame*  My overall rating… zero thumbs up as well.  The movie was… meh.  If there was no controversial book associated with it, it would bomb.
It wasn’t even cheesy enough to make fun of, like Twilight was.
Sidenote: We used to co-author a silly Twilight blog (Twilightheaded), so we feel entitled to make fun of it as we please. 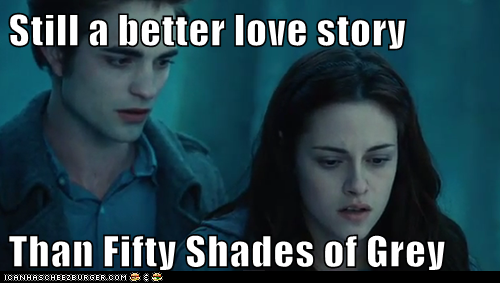 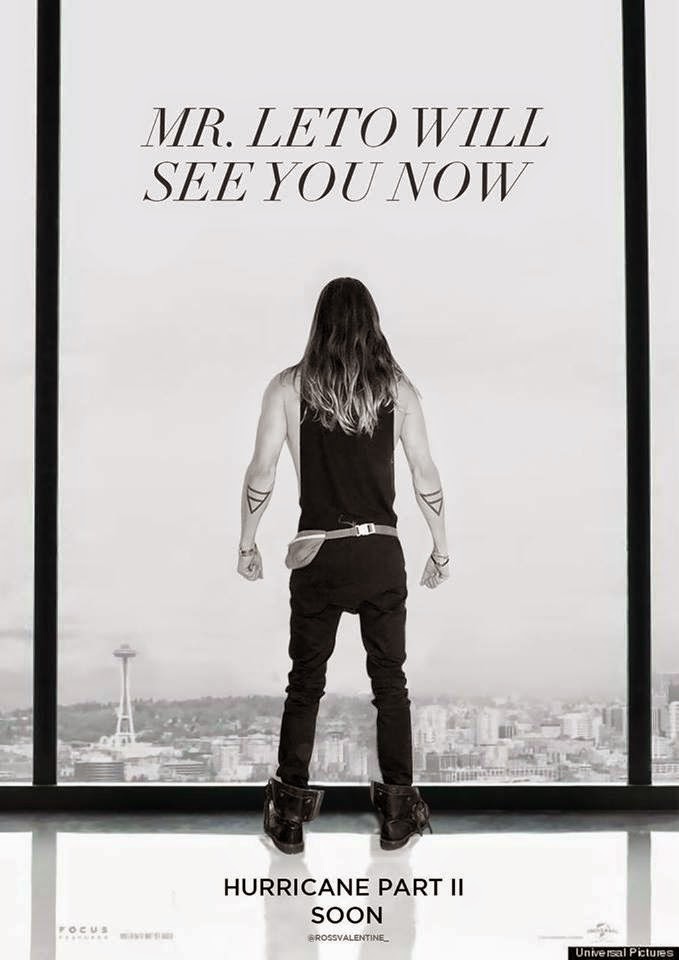 Ginger: Truly, I would’ve had so much more fun watching Twilight and the vampires running Kung Fu movie style.  Don’t see this movie. It’s just a meh movie. Not so bad it’s cheesy and not good enough to enjoy.  Just meh.

But three cheers to our friend Cyndi, who studiously watched it again so she could give us a nipple shot count for this review!
Spank: Yes! She suffered greatly for the cause.  Let’s all have a moment of silence for her sacrifice.
*awkward pause*
Ginger: In summary, don’t see this movie unless you just like to look at nipples. 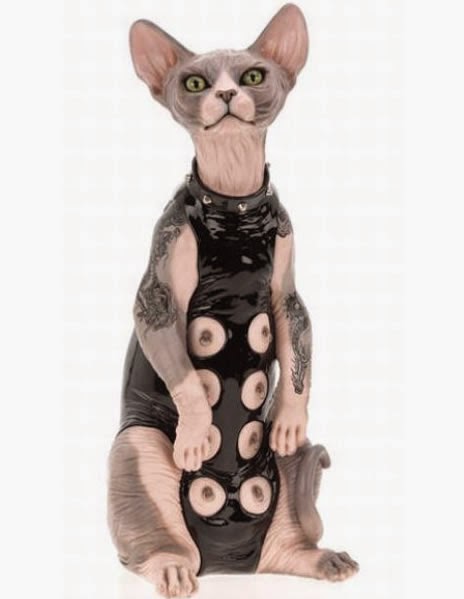