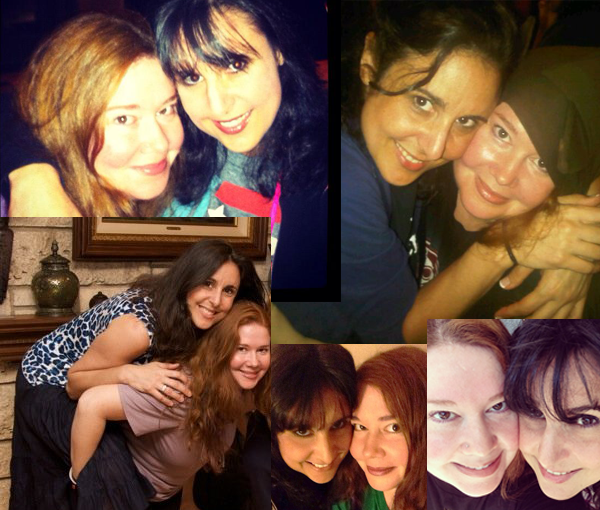 The Story and Origin of Spank and Ginger:
Ginger: In 2006 we met online as fellow adoption bloggers, who at the time went by Laura & Julie, and both adopted a child from Ethiopia that year.
Spank: Actually, G and I had a mutual admiration society with our blogs.  Well, I knew she loved my blog posts because she would comment on my blog.  She, however, had her comments disabled in order to encourage more in depth conversation via email and I took the bait.
Ginger: Yep, if someone wanted to say something about my blog post, I had comments turned off so they had to email me. Best decision I ever made. You know, after marrying Mr. G, giving birth to and adopting my kids, and painting my house purple.  No wait. You come before my purple house.
Spank: Wow, that’s quite an honor.  Even AFTER the purple house was made to resemble a Twilight vampire?
Ginger: OMG… you did not just compare my purple sparkly house to an emo vampire.
Spank: Without Twilight there would be no Spank and Ginger.  So in the words of that sparkly emo vampire, “Can’t you just thank me and get over it?“
Ginger: Wh-what n-no n-no I d-don’t even understand. *head twitch*
No seriously, loathe as I am to admit this, Twilight did bring us closer together.  Mr. G started working on the movie, so I decided to read the book. I was so excited about the Twilight hubbub (is that a word?) that I decided to do a giveaway of the Twilight and New Moon books on my blog.
Spank: It’s true.  Back then, Spank was a polite girl named Laura who entered the giveaway to support my friend. I had no knowledge of this book and no interest in reading it, mind you.
Ginger: And me, being without scruples and wanting you to read the books, totally rigged the giveaway and kept pushing the “random integer” button until your number came up.  I was so sneaky. And possibly devious. I’ve never admitted this publicly before. Hope those other people who entered that giveaway aren’t reading this.
Spank: No worries, I’m sure NO ONE is reading this.
I received the books on a Friday.  I was finished with the first two of the series by that Sunday night.  And that is WITH my husband (now ex-husband) throwing New Moon out the window of our bedroom.  True story.
Ginger: That was so funny.  I remember when that happened.  And then we drank the sparkly Twilight kool-aid and decided to co-author a Twilight blog called Twilight-headed, changing our names to Spank and Ginger.  (More on that when we review Twilight)
Spank: I don’t even LIKE Kool-Aid!  What was I thinking…?  Oh yeah, I wasn’t.  That and more to be discussed when we review Twilight. *bounces excitedly*
Ginger: I don’t like Kool-Aid either. But I think our review will be epic!  Then we stopped drinking the Kool-Aid, and started The Spank and Ginger Show, where we discussed everything EXCEPT Twilight.
Spank: It was a magical time until it wasn’t.  Life, sucks as it does, got in the way and I had to take a hiatus from blogging and, to some extent life as I knew it. Ginger soldiered on with Gingersnaps in the Morning.  Some years later, I returned to blogging with Spank You Silly.
Ginger: But even with life getting in the way, we remained the best of friends.  Spank even adopted one of my cats.
Spank: It’s true! Here we are at the time of adoption.  Me and Ollie. (short for Ollivander) 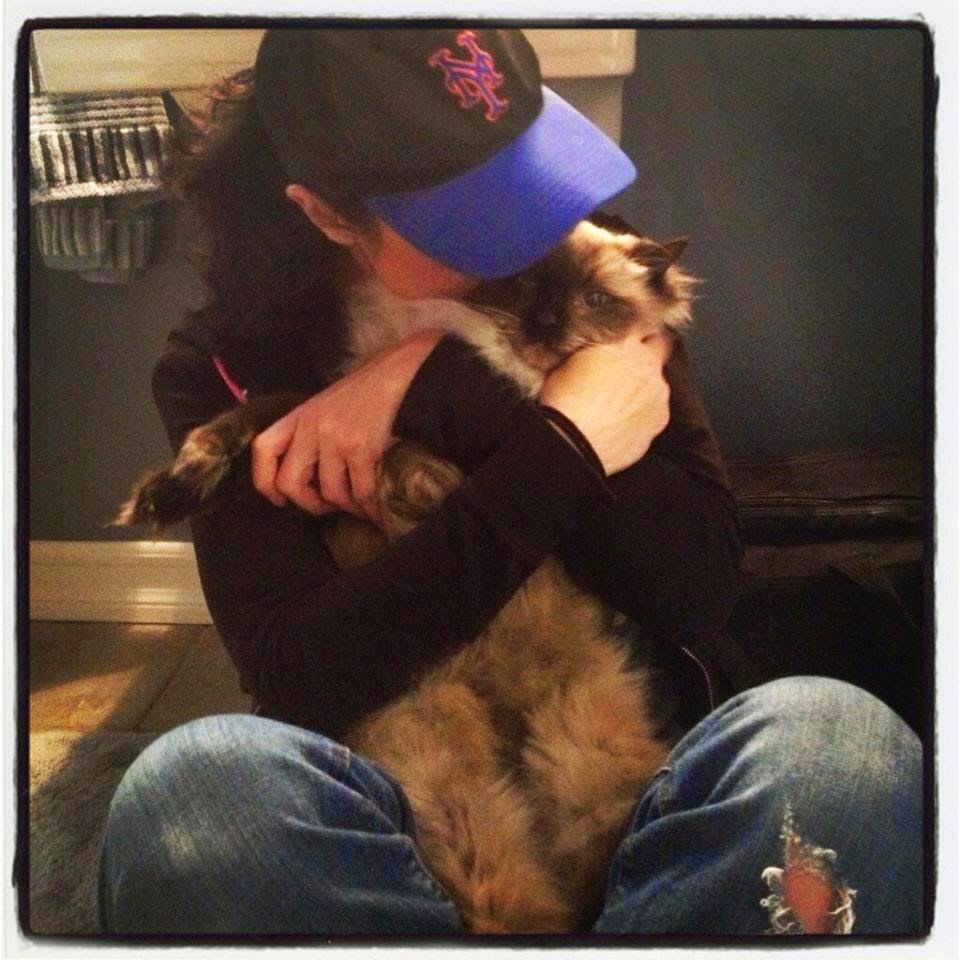 Ginger: OLLIE!!!! We have an open adoption since I’m kind of like his birthmother once removed.  I get pictures and updates.
And despite living on opposite coasts, we have made a point to get together for epic girl vacations once or twice a year.
Spank: And by epic you obviously mean our propensity to get tattooed by Jim Morrison’s doppelganger and interact with L.A.’s Finest.
(Jim Morrison doppelganger tattoo artist) 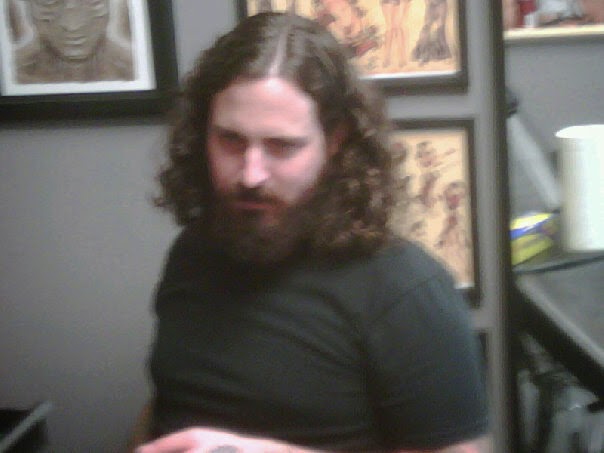 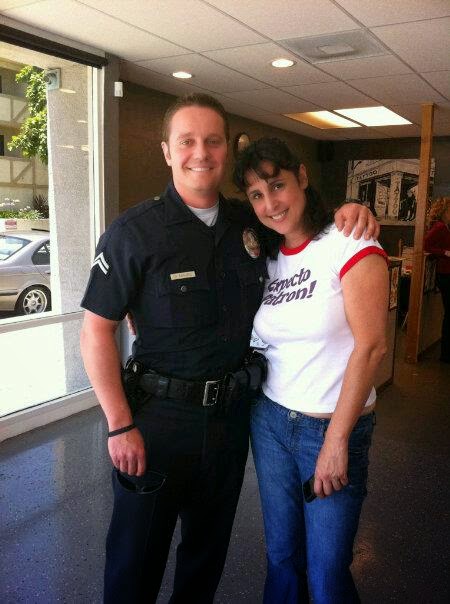 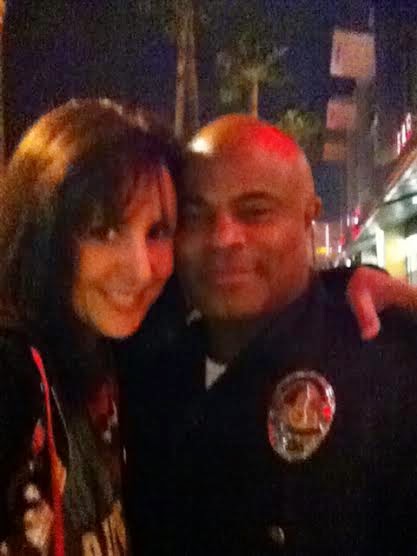 Ginger: Yes we do seem to run into the Po Po during every visit and end up at the tattoo parlor (not necessarily in that order).
And let’s never again speak of the time I bellydanced for Dennis Quaid at Lucky Strike Bowling Lane.
Spank: You mean this? 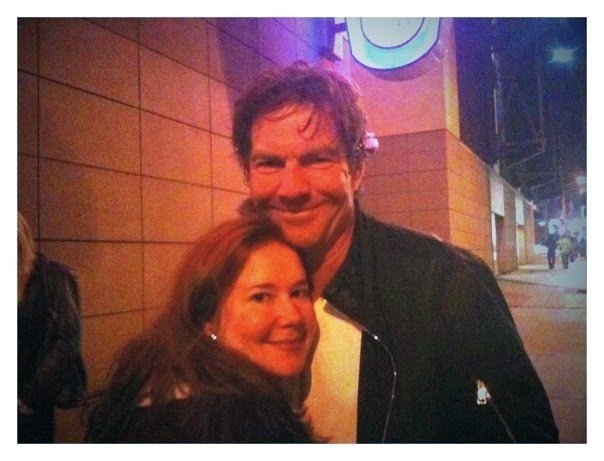 Ginger: I don’t even know who that is. That’s not me.
Spank: Only 2% of the population in the United States of America are natural redheads.  Who else could that be?
By the way, I loved his work in Overboard.
Ginger: I cannot even believe you said that to his face! He was a very nice man to not point out that it was KURT RUSSELL in that movie and not him.
Ginger. *serious face* Look at this picture.  Do you REALLY think he could point out anything I said? 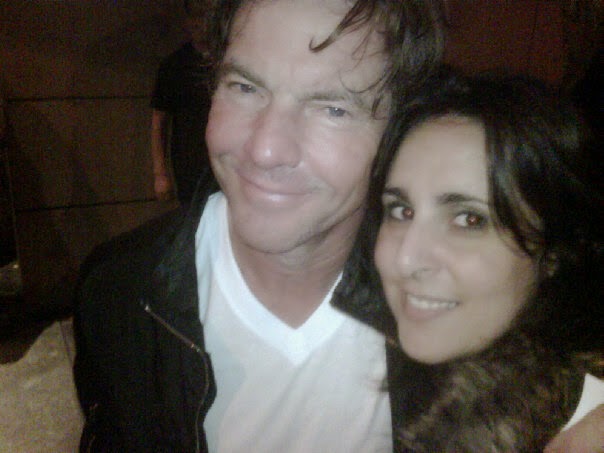 Ginger: You’ve got a point. Maybe he didn’t even notice the bellydancing either. I mean, never mind.
Spank: *finishes my third pint* Did we have a point?
Ginger: *gigglesnort* I think just that we are best friends and like to entertain each other.
Spank: *clears my throat and says in my best announcer voice* And entertain our valued readers!
Ginger: Actually, we are just doing this to entertain ourselves. And if anyone wants to read along, they are welcome.
Spank: Yeah. No pressure. By the way, did you know that Spank is 100% Sicilian? *smiles while mixing cement*

Ginger: Oh no, Spank is speaking in 3rd person again.  But it’s true. Read our posts or you might just wake up with a horse head in your bed. 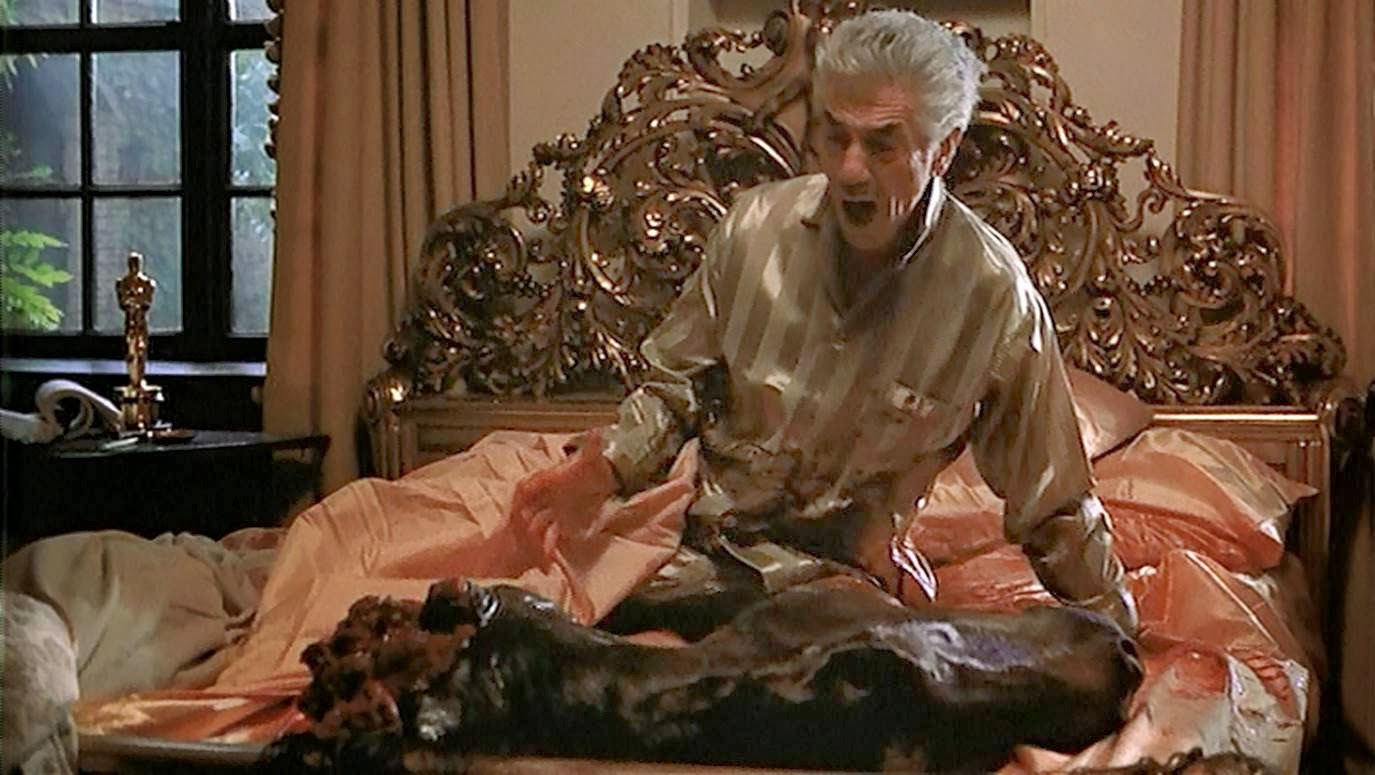 **NEXT WEEK** Our first book review and giveaway. Don’t miss it!